PROCESS ALL STRUCTURAL STEEL IN ONE MACHINE

Daito is Better in Every Way!
Better Designed, Better Made, Better Service

THE ONE ONLY MACHINE A STEEL FABRICATOR WILL EVER NEED 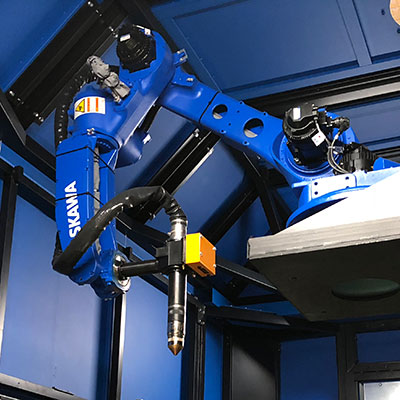 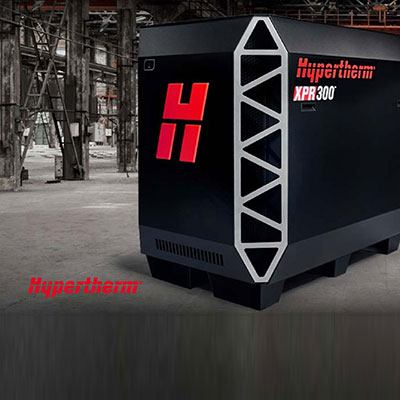 The new XPR300™ represents the most significant advance in plasma cutting technology, ever.

Cutting structural steel shapes for a building, stadium, or bridge, or cutting a dome, Daito and Hypertherm 3D technologies provide the latest cutting capabilities to support your 3D project.

THE ONE & ONLY MACHINE
A FABRICATOR WILL EVER NEED

Automatically process all of these profiles to finished parts, all in one machine. 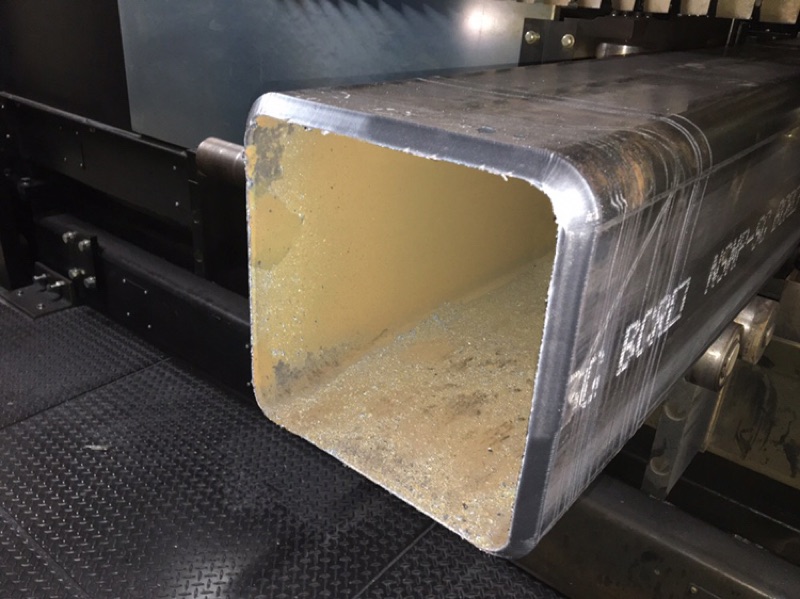 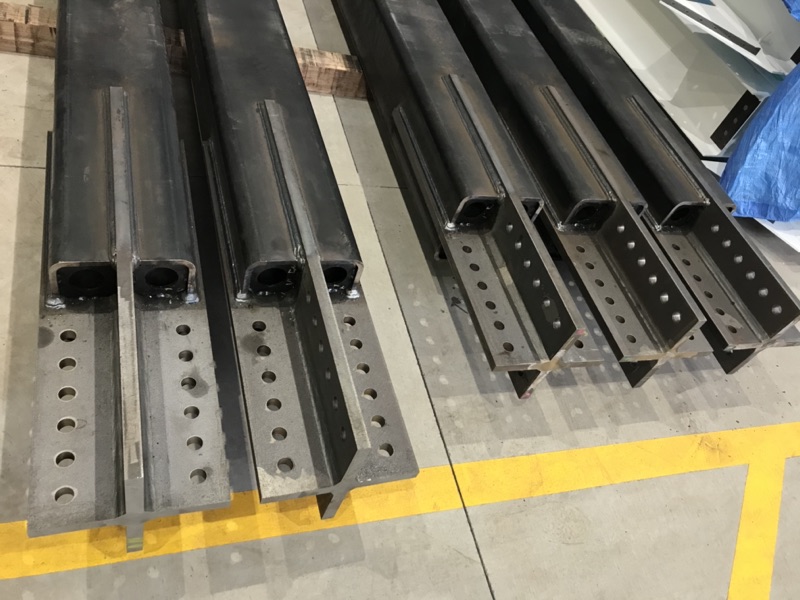 FULLY BEVEL BOX TUBING
* Capable of cutting 3D (bevels) on the corner radius and full bevel functionality.
* Allowing for a full bevel on all four sides.
* With only two ignitions!

SLOTTED HOLES IN BRACED CONNECTIONS
* Fully capable of cutting the slots and end on all 4 sides with only 2 ignitions..
* Daito laser measurement system ensures superior accuracy.
* No measuring probe, no torch touching material and no wear & tear.
* No unnecessary maintenance expense.
* Plus no re-work! 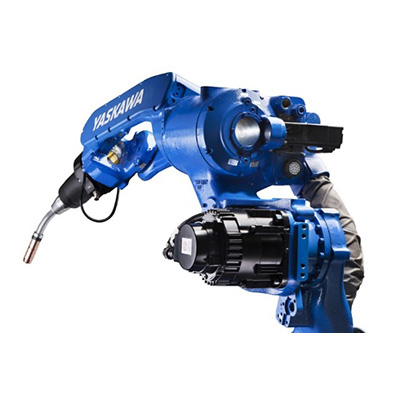 Our highly accurate robotic arm gives us the freedom to place the torch anywhere and everywhere we need it.

Yaskawa Motoman offers manufacturers a wide range of robotic solutions for cutting and material removal applications. Our robots have been used extensively in laser, plasma, waterjet and oxy-fuel cutting applications, as well as grinding, polishing and finishing.

In order to ensure constant surface pressure on contoured products, an active force sensing device is often used to optimize the finish on the part and increase the efficiency of consumables by as much as 10 times!

The new XPR300™ represents the most significant advance in mechanized plasma cutting technology, ever. 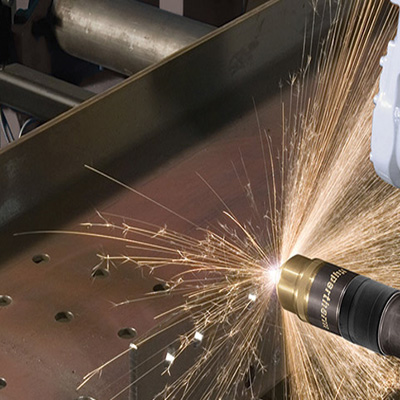 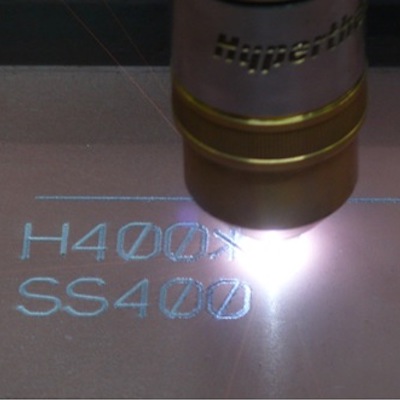 Marking on all 4 sides

Layout marking will be done by the plasma with the Robot. This system can do under scribing as well. All layout positions are done with machine tool accuracy, saving time with boilermakers not having to manually layout the welding positions anymore.

The CR1000 adopts Argon marking for its clearly defined marks and characters, which are easily read on the product.

A different speed is required for character marking and line marking, the CR1000 can distinguish between the two and automatically adjusts to the correct speed for the specific marking required

Daito is the industry leader for shot parts handling and processing. To do this, we designed a heavy-duty vice structure and slide roller table that allows for automatic feeding of short and small material to the out-feed side of the machine, instead of material dropping inside of the machine like many of our competitor's machines.

The telescopic table automatically retracts or slides out of the way of the cutting flame ensuring longevity and to avoid possible collisions and damage from the bottom of the material dropping, the table has 600mm of travel in and out, plus 40mm up and down, allowing free and safe movement.

We've added an Additional Axis to allow us to completely process all for (4) sides of box tubing (SHS / RHS).

To achieve this Daito added an additional axis that allows the robot to travel left and right inside the machine to completely reach the underside of the profile. This additional range allows us to cut box tubing on all 4 sides, as well as other underside cutting and marking applications. 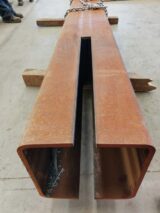 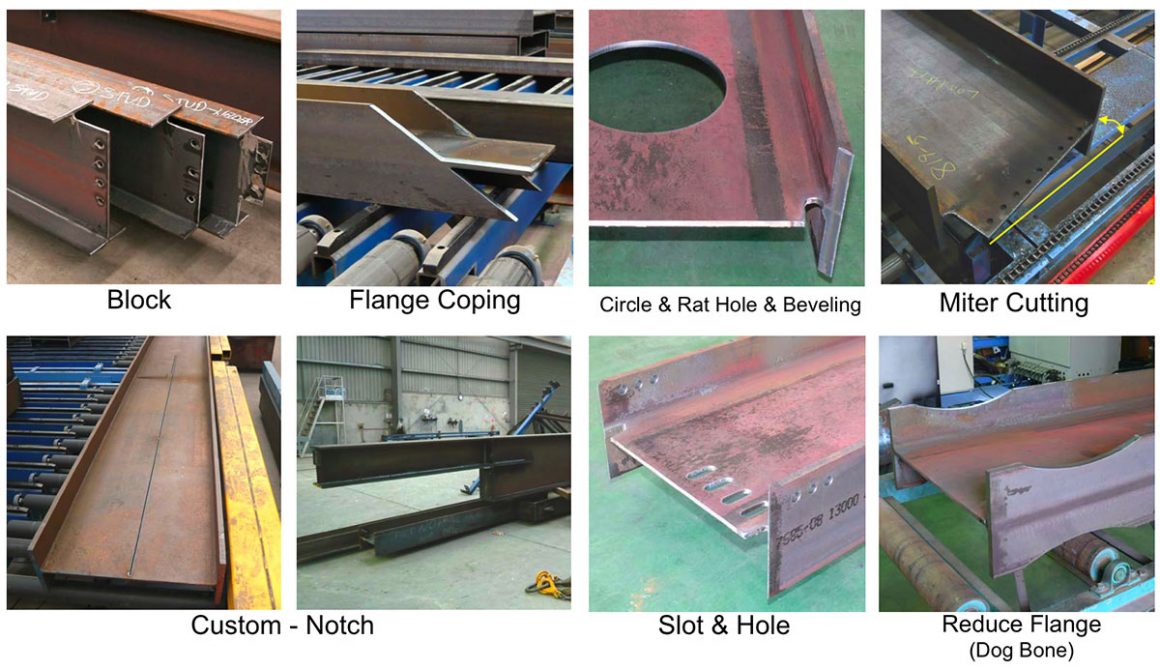 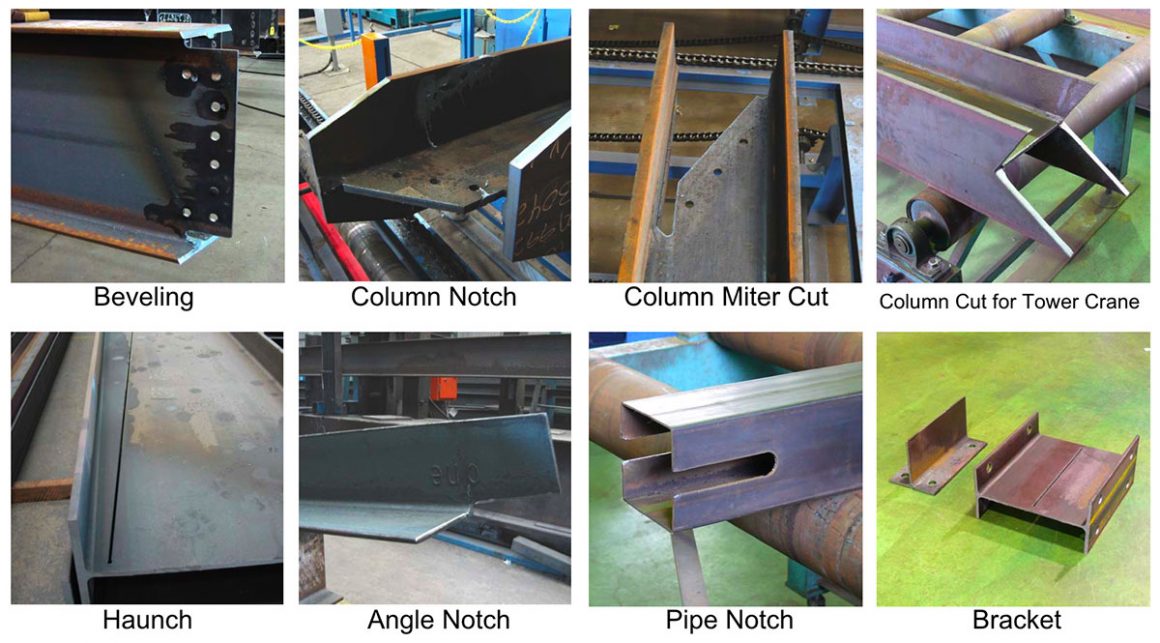 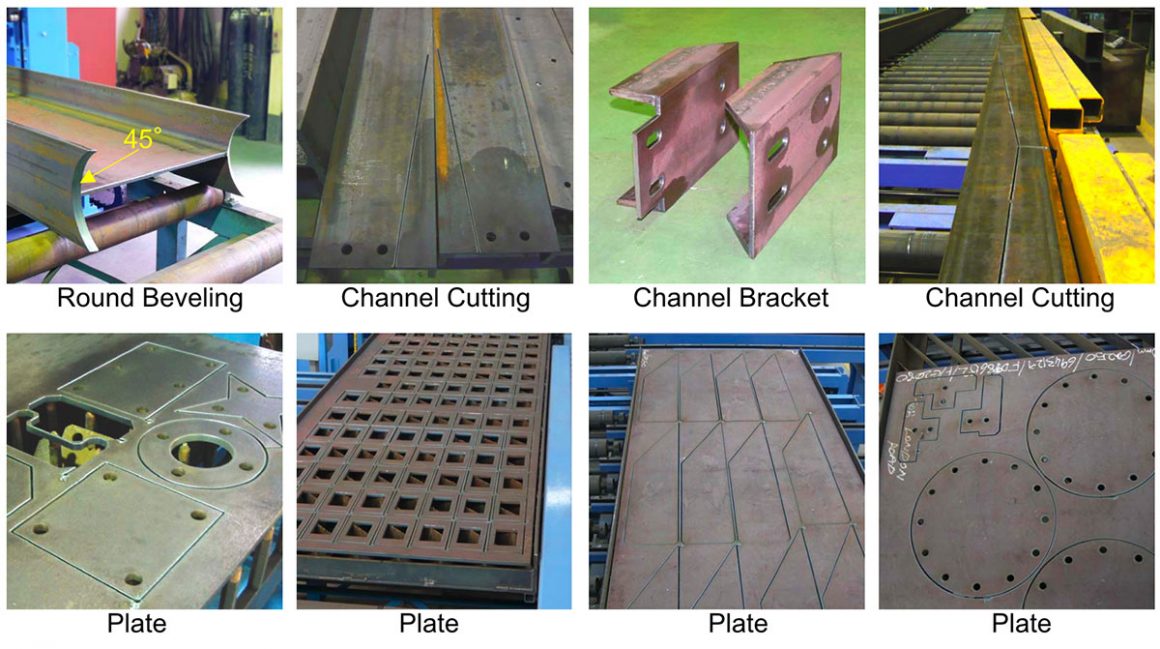 BEHIND THE FANCY COVERS

Take a closer look underneath the sheet metal covers to see the very high build quality, the superior design and the high technology.

The latest high speed robotic arm can reach almost every angle on any profile. 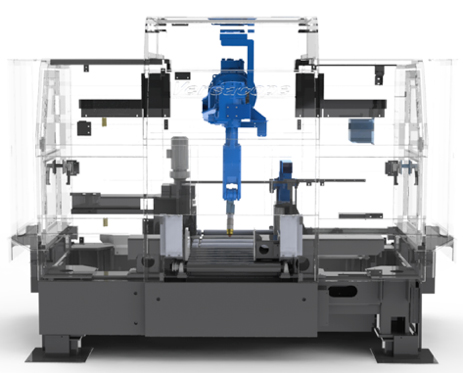 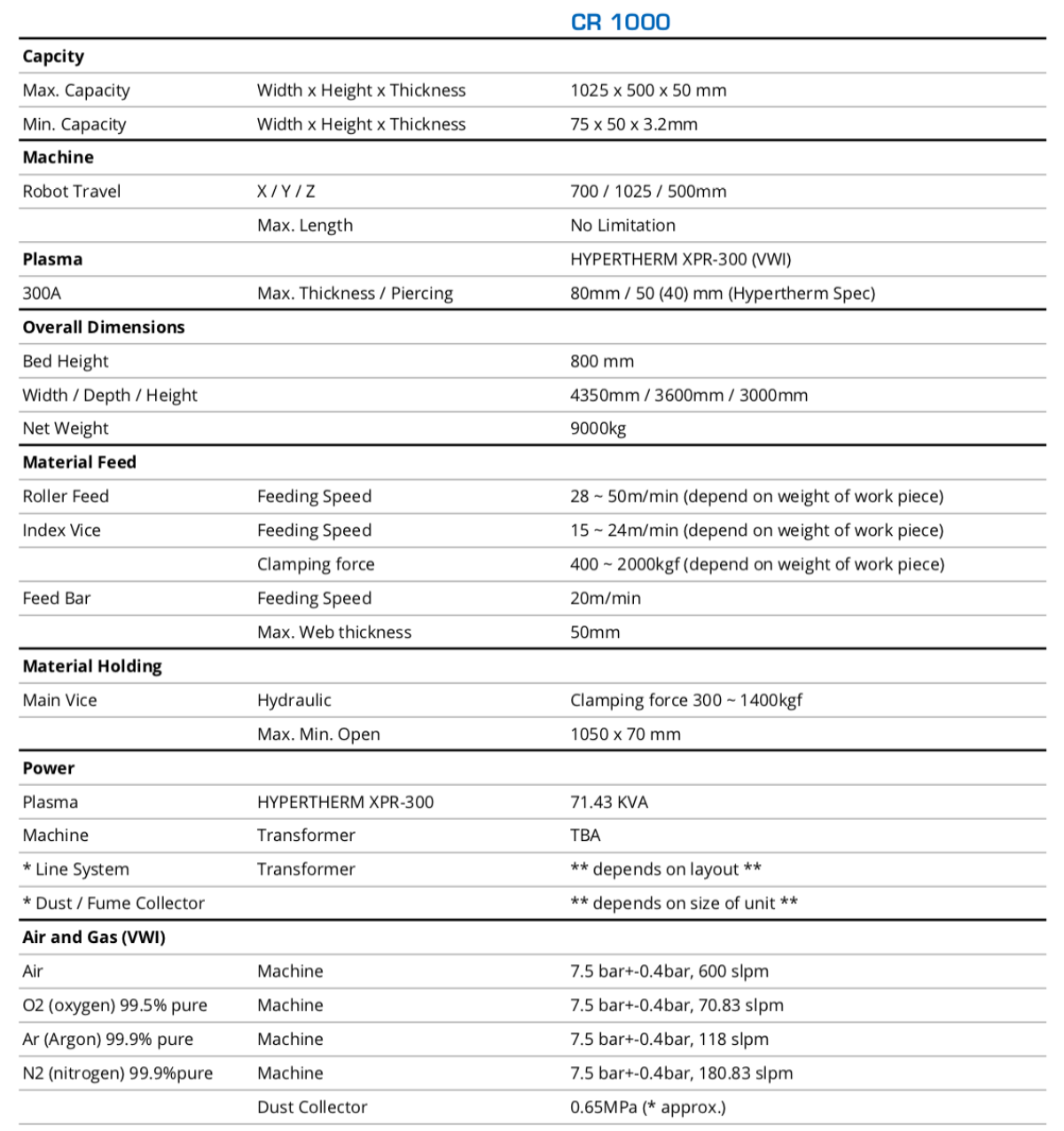 Completely redesigned and built from the ground up.